bosnia-herzegovina.realigro.com is the first worldwide real estate search engine where you can look up listings of homes for sale in Bosnia-Herzegovina

Property for sale in Bosnia-Herzegovina

Bosnia and Herzegovina is a federal republic divided into three parts: the Federation of Bosnia-Herzegovina (FBiH), the Republic of Srpska (RS) and the Autonomous District of Brčko.

If your object is to invest in property for sale in Bosnia-Herzegovina you have to read our news about this country.

The deals in these markets do not stop and the gold rush concerns all the sectors, starting from the offices and passing from the retail and the logistics, without neglecting the residential.

The post-war economy of Bosnia and Herzegovina was characterized by strong instability and systematic corruption. A phenomenon that has emerged recently is the proliferation of large-scale foreign investments, which cause more concern than development prospects for the country.

The economic growth registered in the country since 2011 with a GDP increase of 3.2% in 2015, according to what the World Bank recorded is marked by massive real estate acquisitions by foreign capital and foreign investments in the companies of the country. These phenomena have been accompanied by the growing presence of wealthy foreign citizens from the Middle East and Turkey, which are mainly concentrated in the capital Sarajevo, in its surroundings and in central Bosnia. These Eastern investors are buying properties for sale in Bosnia-Herzegovina at an alarming rate. They come as investors or tourists for long periods, seeking refuge from the dry summers of the Gulf, but end up buying properties for sale in Bosnia-Herzegovina and investing in companies that have the sole purpose of hedging for further purchases of land and buildings.

Take a look at the real estate properties for sale at: Austria, Malta, Croatia, Montenegro, Germany.

More news on the real estate market
Other 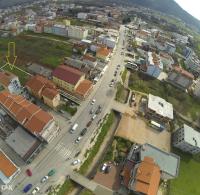 1,878,605.76USD
For sale
Development Property
20949 m²
For sale a plot of 20949 m² in the suburb of Vogosca in Sarajevo, the plot contains several houses under construction. For more information please co...
Add to favourites Details
REALIGRO FREE ADVERT
Cod. 39654 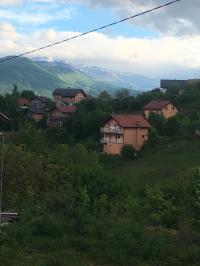 120,000.00USD
For sale
House
200 m²
House was Build in 2015 it is located South west side of Sarajevo on Hill side near Ahatovici with beautiful view of Sarajevo Valley. The house has bu...
Add to favourites Details
REALIGRO FREE ADVERT
Cod. 39636 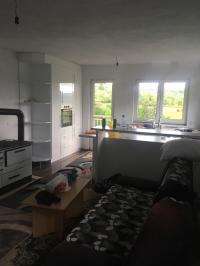 38,276.00USD
For sale
Other (Residential)
300 m²
For sale,   unfinished cottage on Vlasic, in an attractive and quiet location (under the "baby lift"), ownership 1/1, logged in thoroughly, stuja, wa...
Add to favourites Details
REALIGRO FREE ADVERT
Cod. 39468 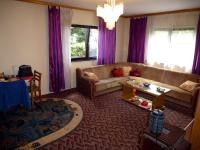 71,084.00USD
For sale
House
200 m²
The houses are located in Doboj, Usora. The papers are neat 1/1. Each house has a separate entrance and there is a garage between the houses. Both h...
Add to favourites Details
REALIGRO FREE ADVERT
Cod. 38435

» Show more
Why choose Realigro?
There are many reasons for choosing Realigro. We summarized them in this beautiful infographic
Free
and Premium Services Check out how easy it is to sell or find your home with our Free and Premium services
Professional Services Discover how to increase your business opportunities
Collaboration between Property portals Do you have a property portal with a nationwide focus? Publish your database on Realigro.
Property for sale
Property for rent
» Other
2005-2020 REALIGRO REAL ESTATE LTD. All Rights Reserved - VAT Nr: 893969932
Neikos Digital Agency
BB